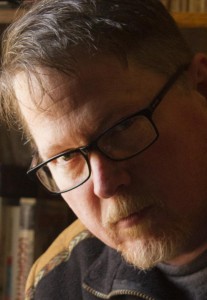 I was born and raised in Houston Texas during the oil boom years of the sixties and seventies. Jobs were plentiful and I started to work summers at age 12 and year round at age 15. While in high school, I held jobs as a machinist, painter, roofer, hardware store clerk, mechanic, carpenter, sheet metal worker, and detailer at a motorcycle salvage yard, as well as several less interesting positions. I met some interesting people in those jobs, including the bikers at the motorcycle salvage yard, a guy with a very interesting scar across his face, and an English teacher named Dell Gunter.

I think I wanted to be a writer from the day I learned to read, but Grandma, Dell, Gunter inspired me to practice writing by journaling regularly. I continue that even today. Mrs. Gunter was also the first person to encourage me to pursue my dream to be a writer.

Despite that dream, I accepted a scholarship to Texas A&M to study electrical engineering. A year later, I took a very low grade point average and went to a tiny Bible college in upstate New York. After that I completed several degrees at Liberty University in Virginia. I have degrees in Broadcast Management and Religion and minors in Business and Anthropology but, as my editor will confirm, no degree in English.

After college, the writing dream was put on hold for several years but I eventually picked up the pen (now a keyboard) again and I am now writing full time. To date I have written five feature length screenplays and four novels. I have also written and produced commercials as well as numerous short films produced with the non-profit FLAWD (Film, Lighting, Acting, Writing, and Directing) film workshop, founded to teach kids the art of film making.

I live in Georgia with my wife, Ellen, and two children, and am currently working on my fifth novel.