Hello and thanks for joining me on this journey 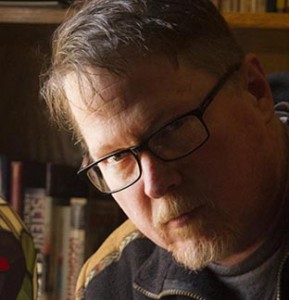 A few years ago I found myself at a crossroad. The path I followed from there, the one that took me back to my childhood dream of being a full time writer, has been difficult at times, but always rewarding. I have now completed five novels and have a sixth in the works. “Completed” may be stretching it. A novel is really never complete until there are worn copies on shelves around the world.

Thank you so much for visiting this page. I hope that you find something you like here. Soon, I will be updating with links to free stuff to read. Check back every once in a while. Grab on and come along for the ride. Let’s see where the journey takes us.

BEHIND THE IVY WALL
Discovering that the girl he loves is being trafficked by ruthless gangsters, and that even the police are corrupt, high school loner Caleb Forster, forced to choose fight or flight, opts to fight. Meet the likes of Alex Cross and Jack Reacher before they knew enough to fear death or pain in this romantic thriller that graduates into full on action.

AMIGOS
Finishing high school from a remote mountain cabin, Caleb Forster discovers the lone surviving child from a camp of murdered migrants. With only the child, an addicted friend, and his own instincts to back him up, Caleb is cornered, his only way out to take on New Mexico’s most powerful drug lord.

ARMED TO THE DENTURES
Swindled of their life savings by a retirement home manager, six elderly women set out to restore their solvency and dignity by hunting down the man that robbed them. Their planned heist of the Caribbean bank that holds their fortunes is complicated when another gang beats them to it.

CERTIFIED PUBLIC ASSASSIN – CPA
When the word gets out that she has eliminated a troublesome IRS agent for a client, tax accountant, single mother, Kate stumbles into a new career as a hit woman. Stephanie Plum meets the Jackal in a way that will change the way you think of killers for hire, and accountants.

JAMAICAN VACATION – A CPA novel
Kate Long is back in another comic crime thriller. Fleeing the flow of assignments to kill people she’s never met, Kate heads for the islands. Landing in Jamaica, she finds good and bad come wrapped as one, when her ID is stolen and accounts are raided by a thief in need of a new “clean” identity.

TRIBE
When their home and lives are threatened, four broken teens in Canada’s foster system set off on a journey that will bond them together forever, if they survive the adventure. Walk Me Home meets The Goonies in this tale of discovery and longing for a place to call their own.

KATE AND MINI
With the nation on the brink of the second world war, sisters Kate and Mini flee their troubled home, setting off an interstate manhunt with a string of bold, armed robberies, and becoming the most wanted women of the decade. But how long can they last with the explosive baggage they carry tearing them apart.

WIND, RAIN, AND BLOOD
Katya, a young Russian girl, runs for her life, alone in her world of fear, pursued relentlessly by the man who brought her to America to sell her. Tori, an investigator with the Texas State Troopers, follows the trail of blood, hoping to catch up and save the Katya, the only girl who can identify the enigmatic human trafficker, Mikhail.